The Lion And The Wolf house show in Leutkirch

The Lion And The Wolf, Jimmy Broomfield, Mr Instead and Michael Stelzmüller house show in Leutkirch. 24th August 2014.

Today was going to be one of the longer trips of the tour, we had to get from Essen in the Ruhrpott to Leutkirch, which is just before the border with Austria. Before that though, we needed to stop off in the middle so that Tom could randomly look at a guitar (I think it was a friend of a friend was selling it). Jimmy liked the sound of it as well, so the solution was probably going to be a knife fight. Get there, Tom decides he doesn’t want it, but Jimmy has that look of sheer love on his face from the minute he picks it up. Kind of appropriate, because the guy selling it was the absolute spit of Jimmy as well. Third guitar added an element of jenga to loading up the car, but we managed it and left. Then turned back, got the correct Jimmy and headed to Leutkirch.

Confession time, because I’m English and crap with foreign languages, I didn’t realise that Wohnzimmer was German for living room. Got all the way there before realising it was a house show. Anyhow, we got to Matthias’s family house, and it was like something out of the Sound Of Music. View across the valley to the Alps, balcony, castle above the village. One of the guys originally was going to leave early, so it turned into one of those evenings where each of the acts does a few songs in rotation. After everyone was done Matthias took us all up to the top of the hill above the village for some stargazing and party guitar. Really special evening.

More photos and video after break. 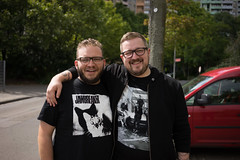 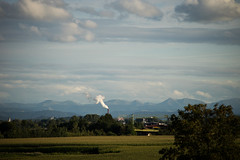 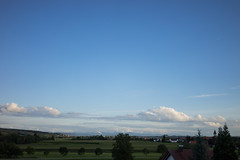 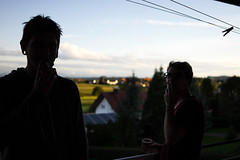 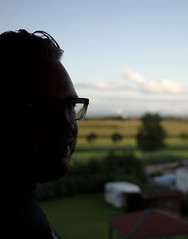 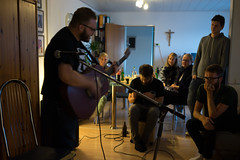 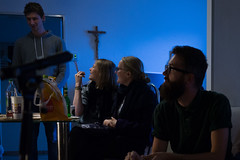 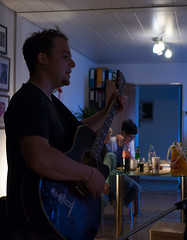 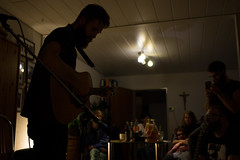 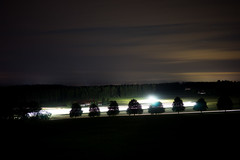 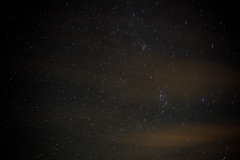